Kylie earned her private pilot certificate in 2018 during her senior year at Lake Forest High School in Illinois.  She was an active student-athlete and was Captain of the High School’s Womens’ varsity soccer team and also a Deacon at First Presbyterian Church of Lake Forest.  She was also active in other sports and student groups.  Kylie started working at the age of 15 as an AYSO soccer referee and was a lifeguard, diving instructor, and ski instructor.  She continued her active nature at Auburn University where she was an Aviation Management student and would have graduated in December 2021.

Kylie loved the freedom that flying gave her.  Like many pilots, she didn’t enjoy FAA check rides but passed all five on the first attempt.  She often explained to her students that there are two types of instructors, the ones who are just “building time” and the ones who “love the experience”, highlighting the fact that she was the latter which occasionally translated into “quiet time to take it all in” while airborne.  Perhaps this was best captured by her Alaska floatplane instructor who said “Kylie was a very kind soul and an incredible pilot.  I knew right away that she was someone who enjoyed flying in its purest form.”

Kylie’s career interests were diverse and she longed for a position that would let her “work with a team while enjoying the flight.”  She often talked about flying for an airline but was also interested in being part of a day-to-day team environment.

Her scholarship is meant to celebrate Kylie and young women like her.  Active. Passionate.  Multi-Dimensional.   Read on for the details. 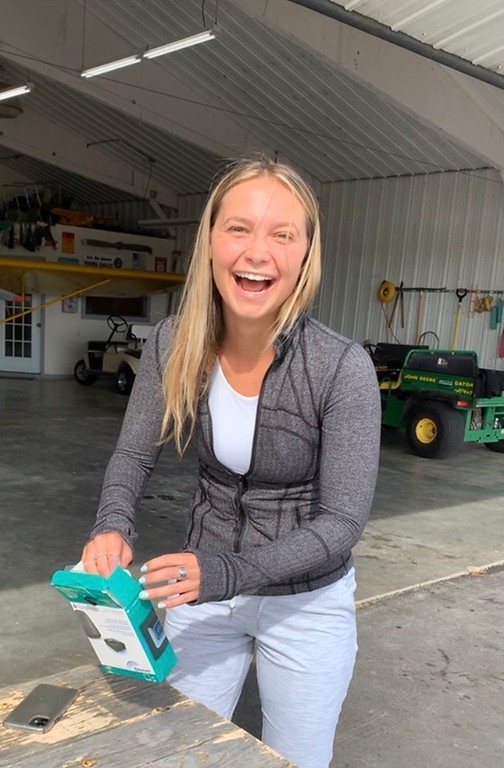 The Kylie Murray Memorial Flight Training Scholarship was created to celebrate Kylie’s life and to accelerate the flight training of a like-minded high school woman.  The scholarship is administered through the Experimental Aircraft Associations’ Ray Foundation which also matches Kylie’s scholarship, doubling the value.

The scholarship will provide a minimum $10,000 towards primary flight training potentially through instrument training.  Criteria for the scholarship are based on Kylie’s interests and include:

Application for the scholarship opens every February and the recipient will be announced in June of every year and formal recognition will take place during EAA’s Woman Venture Oshkosh program.

The “Thelma and Louise” of Cub Air: Kylie with her roommate and fellow instructor Erin Brueggen

Airsick? What does that mean?

“We need some music. Let’s get that Bluetooth hooked up”

Kylie sharing the cockpit with one of her inspirations, Leighann Falley of “Denali’s Raven” fame

Kylie’s home in the sky: A Piper Cub